Channel 5 is a popular free-to-air television network available in the UK and is operated by the ViacomCBS network in the UK and Australia.

This network has a free app called My5 TV, available for download on all major streaming devices.

Being free and having a large archive of shows and thrillers is what sets My5 TV app apart and that’s why they enjoy decent viewership numbers.

Amazon Fire TV Stick allows users to stream content using this app, but the experience isn’t what it was a few months ago.

My5 TV app on Amazon Fire TV Stick has been facing compromised and poor audio quality for some time now, it’s going to such a point that users no longer see any hope.

@My5_tv
Why is the sound quality of My5 significantly lower than other channels?

Dear @My5_tv, when are you going to fix terrible sound on Amazon Fire TV? It’s been horrible for months.

There are reports on social media that get a response from My5 official support, but these fake promises are of no use.

It was March when we spotted the official My5 handle claiming a fix was in the works, but it’s June now and there’s no hint of a fix.

Really sorry about this, we are aware of an audio quality issue on the app on Amazon Fire TV devices and we are working to resolve this issue as soon as possible. (Source)

However, My5 regularly addresses this issue of poor audio quality on the Amazon Fire TV Stick and the most recent of their statements suggests that the teams are struggling to code a fix.

Either way, it’s the users who have to deal with the problem. So, it is better for My5 to come up with a fix in time.

There’s no ETA on when this will be rectified, but hopefully it won’t take too long. 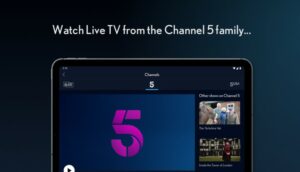 That said, we’ll continue to keep an eye on developments and report back here as soon as we have anything significant.

PiunikaWeb began as a purely investigative tech journalism website with a primary focus on “breaking” or “exclusive” news. In no time, our stories were picked up by Forbes, Foxnews, Gizmodo, TechCrunch, Engadget, The Verge, Macrumors and many more. Would you like to know more about us? Head here.