The revamped Google TV app with the brand new Highlights news feed is starting to roll out and will be coming to its users very soon.

The well-known search engine company, Google, has previously confirmed that a massive overhaul of its Google TV app is on the way.

The announcement made directly by the tech giant last March further revealed that Google TV is getting a new newsfeed feature called Highlights.

The firm said a few months ago that the redesign of said app was generally part of the overall restructuring of Google TV.

According to a blog post from the support page of GoogleTV, the new version of its mobile application in the United States introduces a brand new “Highlights” tab. 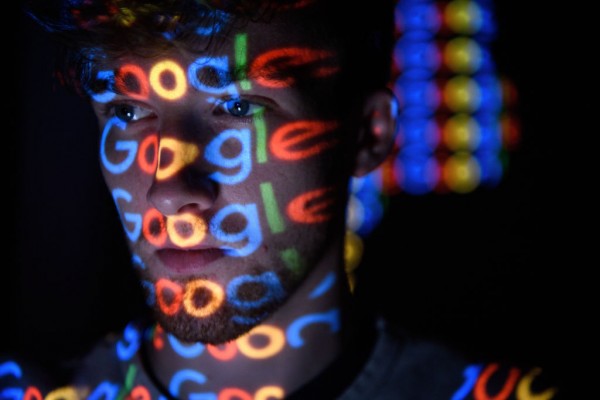 (Photo: Leon Neal/Getty Images)
LONDON, ENGLAND – AUGUST 09: In this photo illustration the Google logo is projected onto a man on August 09, 2017 in London, England.

A Google product support manager has revealed that the latest update with “Highlights” brings tons of exciting changes to the app.

Essentially, the new tab contains “a personalized feed that features news, reviews, and more based on movies and shows” that its users might be interested in. Google seems to be bringing more customization to its Android TV app.

The support page’s post further stated that “Highlights” helps its users “learn more about entertainment” that its users would likely enjoy.

It should also help those who use the Google TV app on their Android smartphones get to grips with other movies and TV shows similar to what the tech giant thinks they’ll like.

The new tab brings an editorialized feed, bringing the latest news, reviews and related articles, exclusively about entertainment, which Google’s algorithm says its users are likely excited to see.

Redesign of the Google TV app

Along with the new Highlights feature, Google TV also comes with newly redesigned tabs, which are still part of its revamp.

According to the latest report from 9to5Google, the Android app now comes with a brand new For You tab, which was previously called “Home”.

The “For You” which is right next to the “Highlights” newsfeed button works much like the tab dubbed “Home” does.

There’s also a new ‘Your Stuff’ tab, which combines what was previously separately called ‘Watchlist’ and ‘Library’.

Moreover, it also has a “Shop” tab, which as the name suggests houses all the shows and movies that are purchasable on the app. Google TV removed the “Movies and TV” section to bring all its functionality to “Shop”.

Related article: How to Troubleshoot YouTube Not Working on Samsung TV in 7 Easy Tricks

This article belongs to Tech Times

ⓒ 2021 TECHTIMES.com All rights reserved. Do not reproduce without permission.